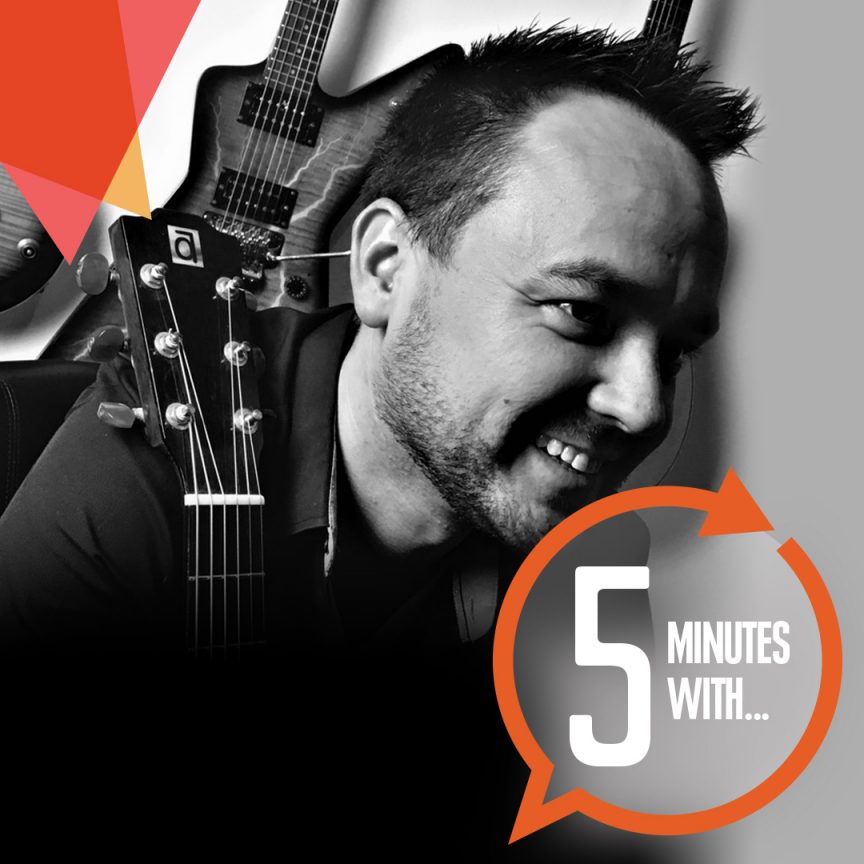 Back in high school I stumbled across some friends jamming in their parents garage on early Nirvana and Silverchair songs. I had to be a part of that! From then on I haven’t put the guitar down and still play music with the same guys.

Tricky question but I would have to say it’s got to be Whitfield Crane from Ugly Kid Joe. That guy has been in so many killer bands, could sing anything thrown at him and has the best attitude to life.

Any time of day or night it has to be Vintage Trouble at the moment. They have a song list that ticks so many boxes. If you don’t know them, check them out.

This would have to be Metallica live in Newcastle 1998. I think I still have hearing damage from that night but it was one hell of a show.

Bonnells Bay Hotel gigs with the old covers band Moonlight Drive. We had crazy nights with massive crowds. Security earned their pay those nights with keeping everyone off the stage. Wild, wild times.

Would have to be getting to a gig and realising I left my guitar at home. Or was it ripping my pants through the crotch 1st set and having to spend the rest of the night giving everyone a view of the undies of choice for that night.

I’m currently putting some bass lines on a track for a Newcastle band Platform Two. Very excited to be working with these guys again.

It would have to be recording an album with Cortisone. They are amazing musicians and even better human beings. I felt very privileged to spend time on stage and in the studio with those 4 guys. To have an EP and album to show for it means a lot.

I just hope to be playing music for years to come. In the studio and on stage, I will be happy either way.