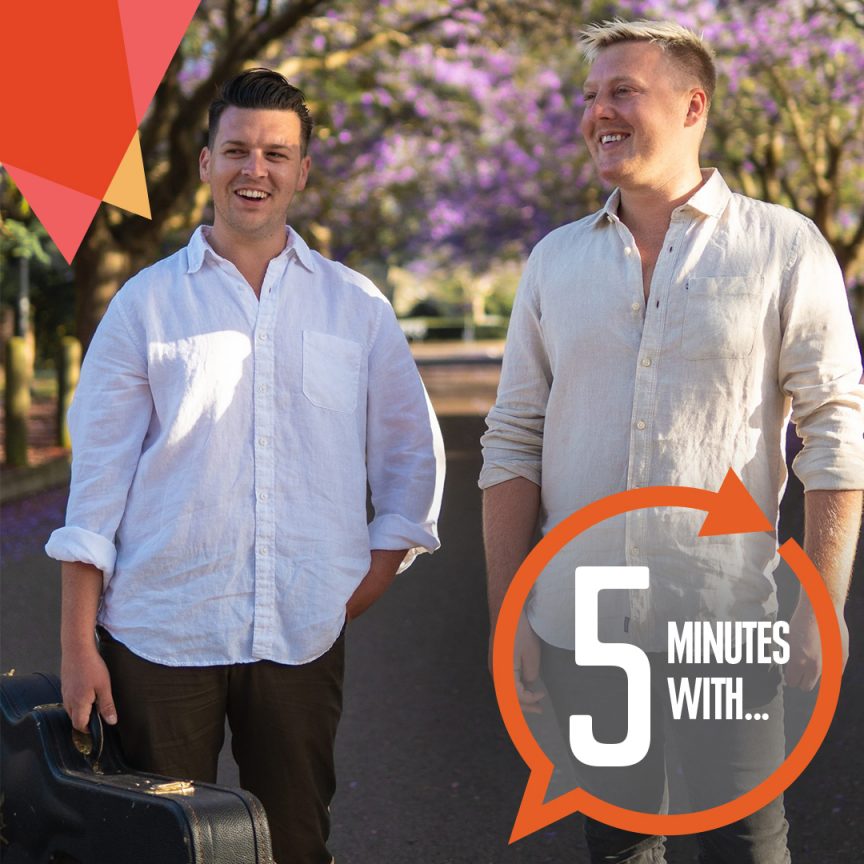 Terrance: My dad is a muso so there was a lot of gigs and music at home growing up. We started gigging together when I was quite young.

Ben: I always took piano lessons from kindergarten. Then, in year 6, my grade needed a bass player for their farewell piece. I was chucked on the bass with zero knowledge and loved it. My brother plays guitar and convinced me to get a bass starter kit that Christmas. All throughout high school I was surrounded by music, like-minded people and playing in various bands.

Terrance: Luther Vandross is a fav. And I’m a bit Mariah obsessed.

Ben: Local legend Justin Ngariki. He can play anything and is a great human.

Terrance: Ministry of sound have some cool 80’s soul playlists

Ben: I like a lot of hip-hop and neo soul so probably J Dilla is my go to artist.  I like a playlist called “butter”. “Yacht Rock” is another good playlist.

Terrance: I was so excited for Disney on ice as a kid that I ran straight into the glass sliding doors and split my head open. Definitely left an impression.

Terrance: some of my most fun performance moments was performing at Starstruck in high school.

Ben: Back in my marching band days getting to tour US & Canada performing at Disney world, Calgary Stampede & Rose Bowl Parade… The rose parade march was about 12km long through Pasadena L.A, and I was wearing a bass drum haha!

Terrance: vomiting on stage after a bug flew in my mouth. Fun times.

Terrance: I second Ben, the carols was really fun to do again. I would perform at Christmas Carols all year round if I could.

Ben: Further tertiary education, becoming a marriage celebrant and learning how to DJ