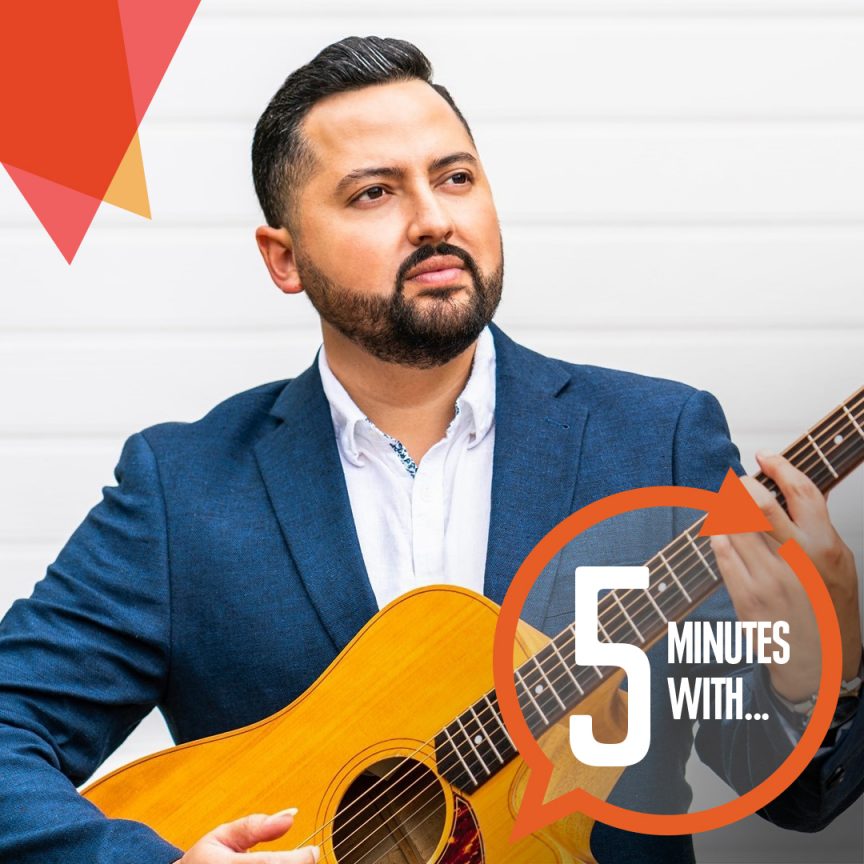 What inspired you to become a musician?
I grew up around a musical family in Chile. Watching my dad and uncle play the guitar and sing and the rest of the family join in, were some of the most inspiring musical moments of my childhood. I felt it in my heart then that I wanted to do the same and make others feel the same.

Who is your favourite/inspiring artist and why?
This is a hard one for me because I listen to so many different styles, however in the English world it would have to be Bob Marley, not purely for the genre (even though I love reggae), but mainly for the spirit behind of why he made music and what his intentions were for the listener. To spread love, joy and fun.

First concert that made the biggest impression?
The Foo Fighters at Fox Studios 2005

Most amazing gig moment you’ve had?
One of the Latino Nights in Newcastle that was absolutely packed with so many people dancing and singing along. It was an awesome moment because when I first started to gig here in Newcastle in 2015 I was told by many that Latin music would not go too far here as people are happier with pub rock. Everyone, including myself, were taken by surprise that Newcastle loved Spanish music that much!

Most embarrassing gig moment you’ve had?
Wow.. soo many! haha – I guess getting back on stage and tripping over my gear while my guitar was half on me and grabbing onto whatever I could trying to not fully collapse… yeah that takes the cake.. lol  (I’m sure people that know me would have a huge list of these.. lol)

What are you working on at the moment?
I am recording my first single to be released I am hoping this year (2021). Also working on more new music which is exciting!

What is the career milestone you have reached so far that got you really excited?
The most current highlight is been so much in demand and getting booking enquiries so far in advance for people’s events. It’s nice to be appreciated for the hard work you put in, but also the fact that I get to share my passion with more people every year.

What other milestones are you aiming to reach?
Releasing my original music for as many people to enjoy around the world. Just want to make people feel what music makes me feel 🙂