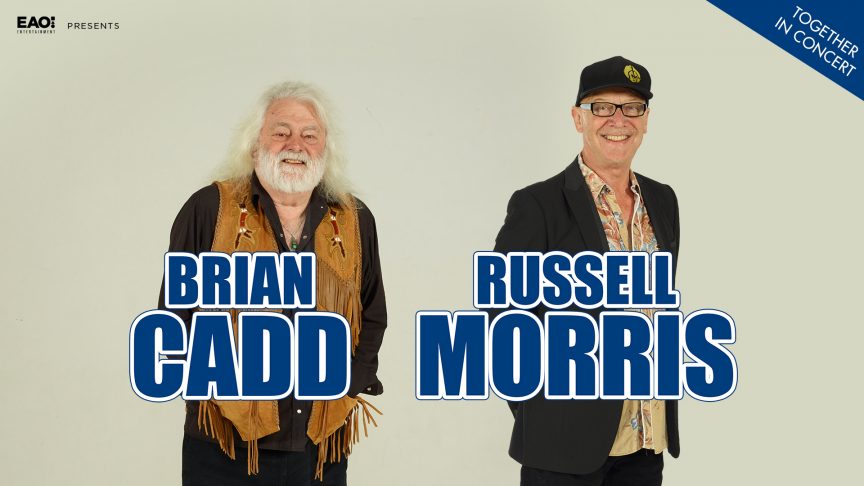 There are some truly beautiful entertainment bromances. Bert and Ernie, Lenny and Carl, Tyrion and Varys, Howard and Raj and then there is Brian and Russell. The lifelong friendship of Brian Cadd and Russell Morris should have its own name … Brussell.

When you take away their names and just look at the song titles, it reads like a sample hour from your favourite radio station.

When you just listen to the new songs like Russell’s ‘Forever Remembered’ or ‘Brian’s ‘Everybody’s Leaving’ you begin to understand to depth of life experience these two legends of Australian music have observed and appreciate the musical documents they have given us all over the past 50-plus years.

But the show itself isn’t just about the songs. Brian Cadd and Russell Morris have been best mates for more than half a century. What happens between the songs can only happen between two people whose professional and personal lives are aligned. You may come for the Brian Cadd and Russell Morris music but you’ll leave laughing about the Brussell banter.

When Brian and Russell collaborate on a setlist fans are treated to a dose of Australian rock history. With their new albums ‘Silver City’ from Brian and ‘Black and Blue Heart’ from Russell bookended with their first hits dating back to the late ‘60s, ‘Brussell’ delivers a lifetime of original music in one show.