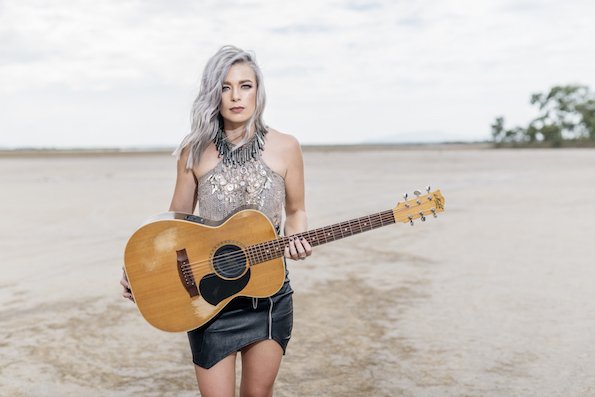 For country artist Jade Holland, her second album has been two years coming. During this time Jade has moved from Townsville to Newcastle to pursue her country music career. Sharpening her song writing and performance skills she has delivered the goods here on second album Dream Wild. Taking charge to release the vibrant, sexy, soul-bearing artist within, Jade’s flight is now complete and the outcome is bright.

Containing 10 transfixing tracks and co-produced by Phil Barton and Brad Winters in Nashville, Dream Wild is the album Jade has always wanted to make and is clearly built to fit between some of the best modern country releases. The songs are finely shaped and are infused with her own unique sound. “I feel like I’ve completely uncovered myself,” Jade says, “I’m a stronger singer and I’m an improved songwriter. I’m a changed artist, and I’ve never felt this good about my music before.”

Littered with themes of a strong, confident, independent young woman realising her worth, Jade wanted the album to be in your face with real substance and thoughts that are blunt and to the point. Jade says, “the album has a new sound that is true to me as an artist.”

Grooving, different, and expressing emotions, it’s easy to hear what Jade means. Dream Wild shines a torch on her talent – from her snappish, alluring vocals to her strong ear for a great song. The album is 100 percent “Jade Holland,” and echoes the growth and hard work in the past two years.

Dream Wild was produced by Nashville based producer and songwriter Australian Phil Barton. Jade say’s “working with Phil and Brad was an absolute dream come true! I was so lucky to be able to walk into the studio and just know that everything I was hearing and feeling during the recording process they both automatically knew and we were on the same wave length for the entire thing!”

Phil Barton also co-wrote the explosive first single ‘Drive Thru’, with Jade, Sinead Burgess and Bruce Wallace. Jade says, I wrote this song in Nashville with Phil Barton, Sinead Burgess and Bruce Wallace. I had come up with a chorus when I was upset and running up Castle Hill after a breakup with the guy I had been seeing for over a year. I had felt like I had been this guy’s muse for quite some time and the line ‘this ain’t no drive thru’ just came to me so naturally as it was so relevant. This song was my letting go and acknowledgment song. I think it’s a song that many will relate to.