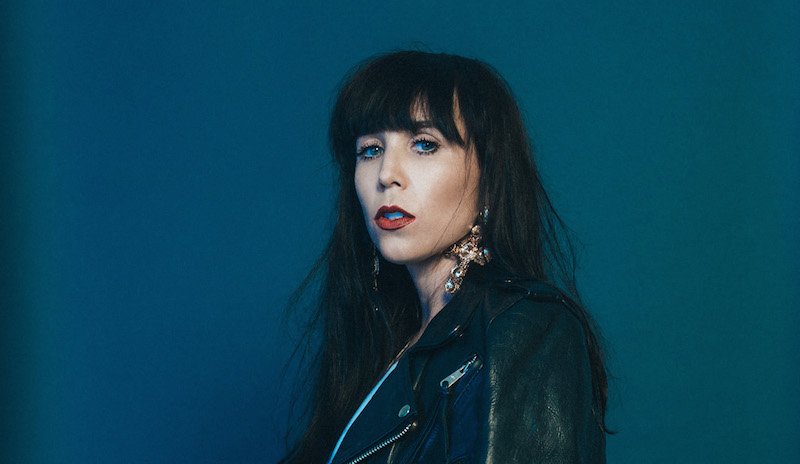 To celebrate the release of her long-awaited debut album ‘Human’, Katy Steele announces an extensive thirteen-date national tour throughout February and March, 2017. She stops in to 48 Watt Street on Sunday 26 February 2017

Katy and her band will be heating up dance-floors across the country as they bring their captivating and energetic live shows to capital cities and venues off the beaten track this Summer. The tour begins on Saturday, February 16 in Adelaide before heading out across seven states and includes an appearance at the Perth International Arts Festival 2017 who have just announced a killer line-up including Kurt Vile, Warpaint, Big Thief and Toro y Moi.

Steele has emerged as a fully-fledged solo artist. As sole songwriter and co-producer, Katy Steele has crafted a unique record that is sonically adventurous and bold; nothing about this new direction is subtle or safe. Combining gospel-like melodies with fractured, glitchridden electro-pop production, ‘Human’ marks a refreshing and timely presence within the pop music landscape. ‘Human’ debut at #23 on the ARIA Album chart and has gathered glowing reviews with the likes of The Sydney Morning Herald declaring “plugging the songwriter and co-producer into the modern alternative-pop landscape via atmospheric digital percussion and conducive electronic rock arrangements.” And Forte stating “Human… marks a seriously bold return to the industry … at times gospel, haunting and with tribal rhythms underpinning each track. … The pop tones are still there, but they’re darker, wiser and more worldly than before.” Armed with one of Australia’s most distinctive voices and the ammunition of a brand new solo album under her belt, Steele is thrilled to be venturing back out on the road again. Steele has only just completed a lap of the country for her ‘Where’s The Laughter’ single tour, the powerful vocalist left audiences floored with her energetic live show. The Music declared of her hometown performance in Perth “The show had a cheeky tenacity to it, Steele never waiting around or slowing down. Her enthusiasm on stage was infectious… with catchy, disco-like offbeat that pushed dancefloor festivities into full delirium. An artist that means business and knows how to deliver, tonight’s performance proved that no matter how much time passes, Katy Steele will stay on top.”

Speaking to Rolling Stone Magazine about her recent tour Katy stated “I’m bursting with energy on stage because I’m so happy to be out there again,” she says, referencing her six-year break from performing. “You can imagine as an artist that was used to being on stage every night, I was starved of the one thing I loved doing more than anything, so it’s been absolutely insane getting out there again.” Since her time fronting Little Birdy, the “nation-conquering rock outfit led by one of our country’s most charismatic and gifted female musicians” (The Music) for eight-years and three wildly revered ARIA top 10 albums (Confetti (2009), Hollywood (2006) and Bigbiglove (2004)), Steele has proven herself to be an artist that has carved out a career in her own right. Human allows for an eye opening glimpse into all that Katy Steele’s journey has lead up to until now, while providing sonic clarity to the path she is set to take in the future.