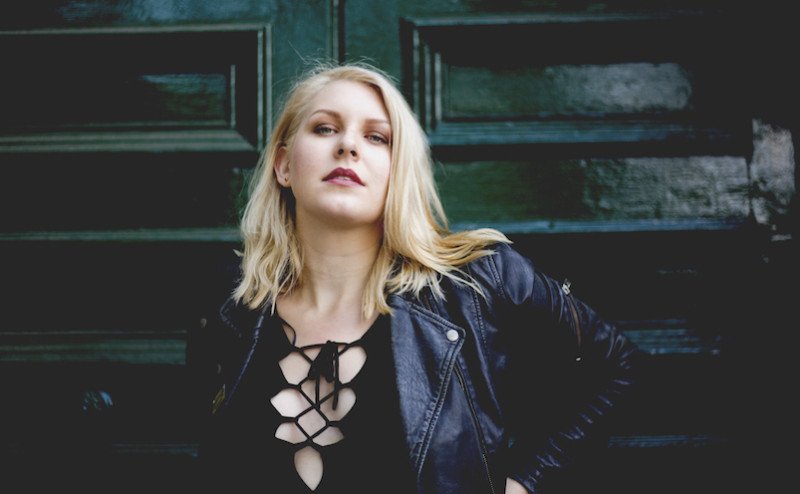 We are trilled to announce that EAO will present Hunter Valley singer / songwriter, Melody Pool live at 5 Sawyers on May 19 as part of her national single tour.

After delivering one of the most acclaimed Australian debut albums of recent times, Liberation Music are proud to confirm the return of Melody Pool with her stunning second album Deep Dark Savage Heart (out 29 April 2016).

Deep Dark Savage Heart is Melody Pool’s story, taking the listener to a deeper, darker place: “I feel like I’ve really stood my ground with this record. I didn’t ever expect to make an album filled with pop hits. It’s always going to be me playing guitar and singing the truth.”

“I’m really proud of this album,” Melody says. “It really shows where I’m at – or where I was at – and how I wanted it to turn out.”

Without further ado, we’re very pleased to share the first new music from Melody Pool in three years with the confronting first single, ‘Love, She Loves Me’ which premiered overnight.

“It’s like a love triangle,” Melody explains, “sort of feeling used and like a last resort for someone. But it’s also kind of a metaphor for love itself.”

“You f–k me like a demon,” Melody sings. “You’re poetic when you’re high, and there’s no point believing there is hope for you and I.” Melody says the song is like a letter: “To Love, From Melody.”

Deep Dark Savage Heart follows Melody’s debut, 2013’s The Hurting Scene. The Australian declared it Album of the Year, with Iain Shedden calling it “one of the most accomplished debuts by an Australian singer-songwriter for many years”. Herald Sun’s Cameron Adams described Melody’s music as “beautiful and passionate but not dumbed-down for easy digestion”, while Rolling Stone listed it as one of the 50 best albums of 2013, stating, “Pool’s voice is sublime, her lyrics propelled by heartache”.

After the success of The Hurting Scene, Melody moved to Melbourne from Kurri Kurri NSW, her first time living away from home. She also toured with The Milk Carton Kids through Europe and performed two massive shows supporting the Eagles, before returning to Nashville to make Deep Dark Savage Heart with producer Brad Jones, an American who has worked with several Australian artists including Ben Lee and Missy Higgins. “Brad’s like a nutty professor in the studio,” Melody smiles. “He’s always up for trying new things.”

Melody Pool live at 5 Sawyers on May 19