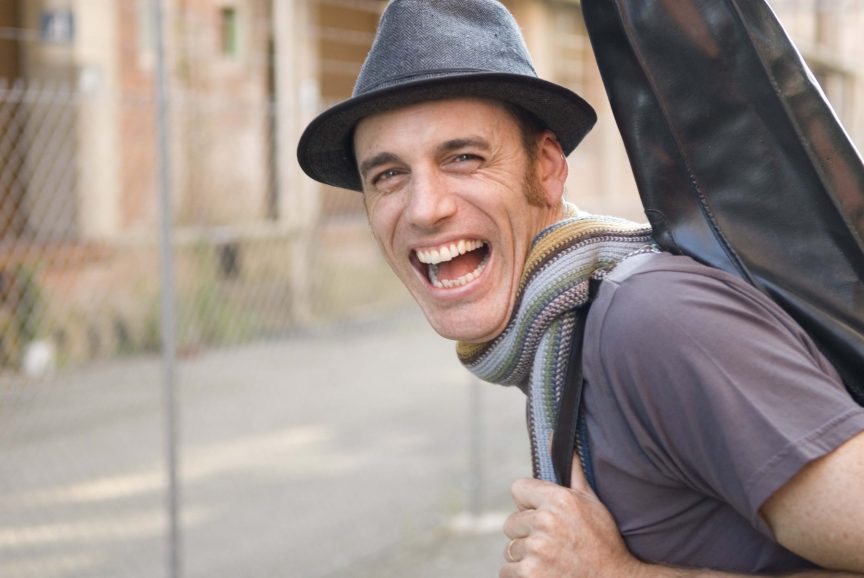 While we approach about 9 or so weeks of working from home, restrictions are starting to ease and the amount of great events and initiatives doesn’t seem to be slowing down any time soon!

Last week Newcastle’s own Daniel March released a new track called ‘Apollonia’ and Powderfinger announced they are reuniting for one very special night only to raise money for SupportAct and Beyond Blue. We have seen some great local artists live streams and if you love the song ‘Horses’, you’re in for a treat!

Check out some of our Fresh Friday Finds below.

Daniel March is a multi-instrumentalist/producer/singer-songwriter/touring guitarist who is no stranger in the Newcastle music scene as well as the independent music scene around the world.

Last week, Daniel released a brand new track called Apollonia which showcases Daniel as a writer, producer and instrumentalist – he played all of the instruments featured on the track. Apollonia is a blend of soft, soulful psychedelic rock doused in melancholy bliss and sentiment.

We have to say that the cover art is pretty awesome too!

We’ve been thoroughly enjoying Newcastle Live’s live music trivia every Thursday night from 8pm. The Newcastle Live quiz master will take you through three rounds of trivia that will test your music knowledge.

If you didn’t know, now you know!

From A Distance Sessions Fundraiser

Josh Barnett from From A Distance Sessions is throwing the party of all parties on Sun 31 May to raise money to fund the FAD Sessions project long term. The theme? Well Josh is planning to play Horses for up to 3 hours straight!

There are donation bonuses where Josh and his friends will give you a special shoutout or you can even pick the genre of music the song is played in. We wonder how an electronic dance version of Horses would go?!

Guitarist, songwriter and multi-instrumentalist Kim Churchill has been posting a series of live recorded videos on his Facebook page during iso which we’re loving! The videos are a mix of his original songs as well as covers. He posts kids songs on Thursdays, Australian Artists on Friday, Requests on Wednesdays and an ‘old school’ original on Mondays.

The added bonus of each video is that they are recorded in the most beautiful natural settings such as a forest or near the beach somewhere.

Every weekday at 11pm AEST, Dan jumps on Facebook and goes live across the world. He sings songs, plays the guitar and interacts with fans all over the world. Dan’s positive energy is infectious and you can’t help but smile watching one of his jam sessions.

Bob Corbett also known as Bobby C has been releasing some amazing videos under the name The Three Bobs. As the name suggests, the videos feature three of Bob! He has cleverly recorded himself playing each instrument and singing. The videos are great and well worth checking out!

A few ways to get your live music fix this weekend…

One of Australia’s most loved bands are getting back together for One Night Lonely – Sat 23 May from 7pm
This is a YouTube exclusive and is proudly supporting Beyond Blue and SupportAct. Two key causes doing amazing work especially during the Covid pandemic.

This weekend sees the 10th instalment of the very successful Idol-Aid Festival. Catch the likes of Kaiit, Miiesha, Close Counters, Little Wings, Rabbit Island and so many more!

Support Newy presents round 2 of the Homegrown at Home Fest featuring a lineup of all local, original acts including Paris Grace, Boycott, Honey Hills and Glovers Lane.

To watch each acts set, go to the bands Instagram page.