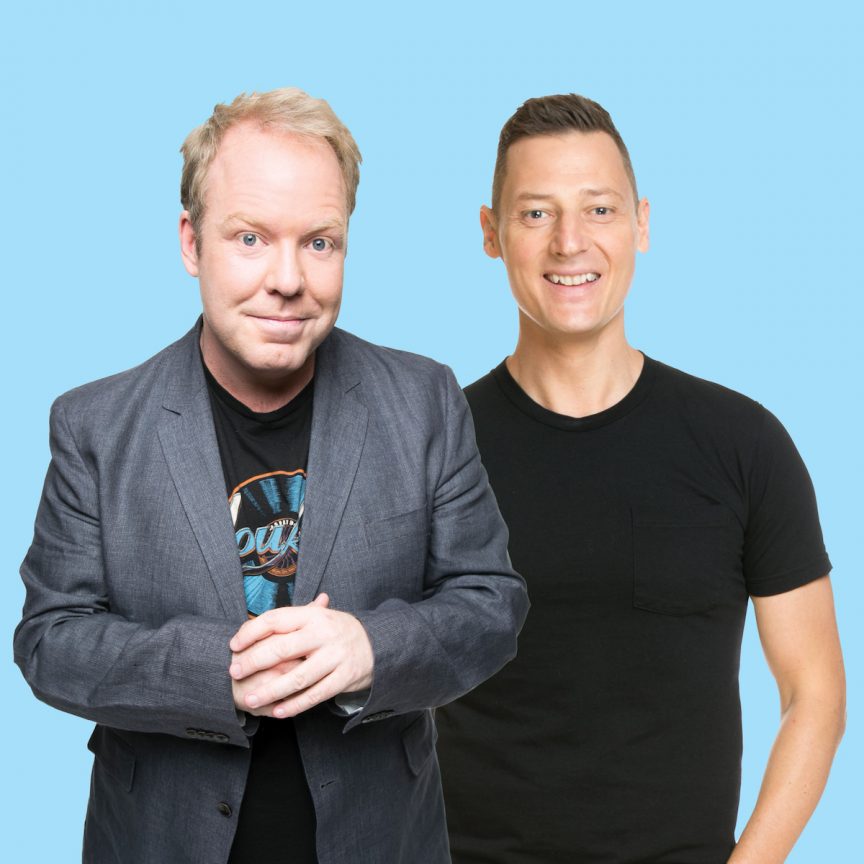 Peter Helliar returns to the Hunter with a brand new hour of jokes and this time he’s bringing his mate Merrick Watts with him.

One of Australian comedy’s heavy hitters for over two decades, Pete’s showbiz resume reads like a dream IMDb profile. Feature film star, sitcom star, producer and director, news and current affair show co-host, stand-up comedian and best selling children’s book author.  It would be a bit annoying and over achievery if he also wasn’t one of the best people in show biz and great at ALL of these jobs.

An enduring and prolific force of nature Pete’s first love was stand up comedy and that is where you will find him in 2020, treading the boards all over Australia with his trademark, world class, observational comedy at the ready.

As one half of Merrick and Rosso, Merrick Watts took Triple J drive to ratings highs, was the first voice on the NOVA network and built a cult TV fan base with shows on Nine, Ten and the Comedy Channel.

Merrick started a series of stand up gigs called Grapes of Mirth in 2018 which tour a range of his stand-up comedian mates to wineries around the country for acclaimed sell out shows.

The two of them together on the same bill promises to be one of the best nights out of the year. BOOK TODAY!