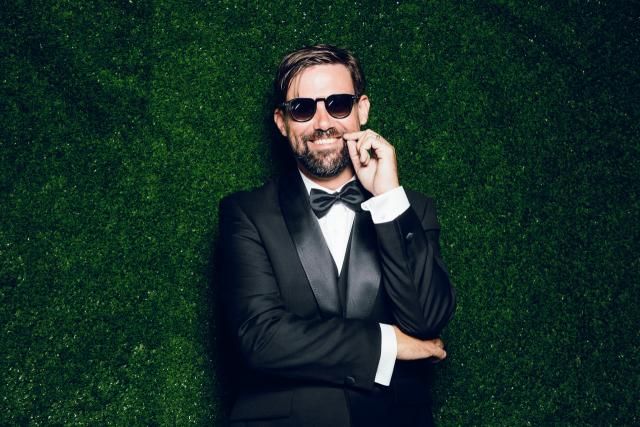 As the voice and face of Grinspoon, Phil Jamieson fronted one of the most popular Australian bands of the last two decades. An accomplished singer, songwriter and guitarist, Jamieson’s generation-defining lyrics and vocal melodies first became etched into rock fans’ DNA in 1995, when the Lismore-born quartet rode a new wave of alternative music to become the first act Unearthed by national youth radio station triple j with its debut single ‘Sickfest’.

So began a love affair that maintained its heat and passion for over one thousand live shows, six consecutive Top 10 debuts and multi-platinum album sales. That initial romance with triple j’s listeners blossomed into full-bloom infatuation: an incredible 17 Grinspoon songs have polled in Hottest 100 countdowns over the years, led by the much-loved ‘Chemical Heart’ (#2 in 2002; #63 in 2013’s Hottest 100 of All Time).

With the release of seventh album Black Rabbits came the news in late 2013 that Grinspoon were entering hibernation indefinitely, yet Phil Jamieson remains as focused and passionate about music as ever. His writing and vocal talents are being put to good use in a fledgling solo career which has seen the singer sell out rooms throughout the country.

Outside of studios and music venues, Jamieson co-founded the Rock N Ride tour for headspace, the National Youth and Mental Health Foundation, in 2013. The initiative is aimed at engaging local communities to raise awareness about mental health issues faced by young people. This passion project has allowed Jamieson to draw on an extensive network of musicians, friends and media personalities who have ridden over 5000km together while visiting dozens of headspace centres along the way.

* Over 18’s only unless advertised otherwise. * Photo ID is essential,­ acceptable ID is a current and valid Australian Photo Drivers Licence or Passport. Please check with the venue for any other acceptable forms of photo ID * All children under 18 not permitted including small children and babies * Intoxicated persons will not be admitted * No thongs or steel cap boots * The venue reserves the right to refuse admission to any person * Dangerous behaviour including Crowd Surfing, Stage Diving, Moshing and Violent Dancing is not allowed and will result in your immediate removal from this venue.*Inappropriate behaviour at this venue will lead to your banning.*