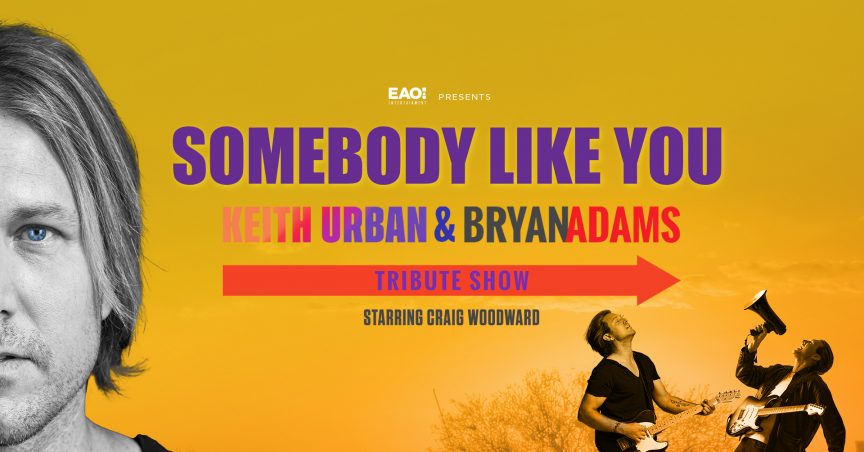 SOMEBODY LIKE YOU – Keith Urban & Bryan Adams Tribute Show is a full production, country rock high energy show, guaranteed to thrill fans of the Canadian icon Bryan Adams and Australia’s own Keith Urban.

SOMEBODY LIKE YOU features Craig Woodward. Craig is an Australian recording artist known as “The city boy, with the country soul, a dash of folk & some rock & roll”, who has shared the stage with many major artists such as Ian Moss, Sarah McLeod, Mental as Anything, 1927, Damien Leith, Adam Harvey, Hayley Jensen & Shannon Noll to name a few. His original music features singles like ‘Bondi Smile’, ‘Get Your Boots on’ & look out for ‘Lookin for Love’ the title track from his 2022′ album.

Keith Urban & Bryan Adams influenced Craig to start a career in rock and country music so it’s only fitting he honours them both with a tribute act.