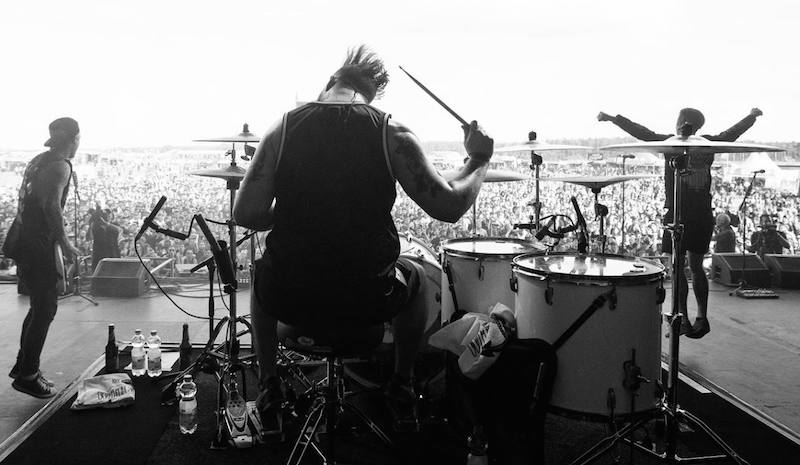 EAO presents The Amity Affliction at the Bar On The Hill at Newcastle University on Australia Day, Thursday January 26th 2017.

Following completion of This Could Be Heartbreak and the emotional collapse born of realizing just how desperate a situation he was in, Birch started attending Alcoholics Anonymous meetings. With the support of his wife and bandmates he began rebuilding, and he is proud of the songs he wrote, and how they have helped turn his life around. With his newborn son giving him a new perspective on life he also feels more optimistic than he ever has before. “I’ve never been one to look far ahead, just because I didn’t think I’d be alive. Now I’m really just open to all the positive things that life can bring you, I’m really taking stock of it and what it means moving forward. I’m learning how to appreciate what I’ve got, which I wasn’t before.” Having always had a unique connection with the band’s followers, many of whom message him with their personal stories of struggles with mental illness, he hopes that This Could Be Heartbreak will be able to offer a sense of catharsis to listeners similar to that which he derives from it. “I think it’s good for people to realize that someone they look up to is going through the same shit they are, at the end of the day. I’m not removed from them, I’m prone to the exact same problems they have and experience the same gamut of emotion. None of us are alone in this.”

The Amity Affliction - Bar On The Hill -Thursday January 26th.