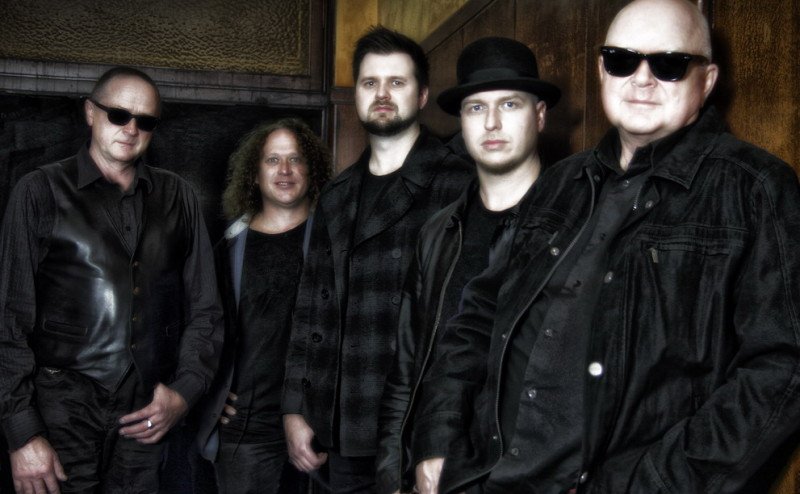 Iconic Aussie rock group The Angels are bringing the best of rock ‘n’ roll to the Spinnaker Room on Saturday 6 August 2016, with their highly anticipated Hardwired Tour, featuring special guests MI-SEX.  For fans of great rock, The Angels and MI-SEX definitely need no introduction; they have been a pivotal part of the Australian and New Zealand music scenes for decades.

Neither band are ones to rest on their laurels.  Both are powering out on the live circuit with new music, proving that great rock music is timeless and knows no bounds.  The Angels have been notching up milestones left, right and centre over recent years and with Dave Gleeson at the helm, The Angels have once again cemented themselves as legends on the Aussie music scene.  With new songs and their classic back catalogue of tracks such as Am I Ever Gonna See Your Face Again, Take A Long Line, No Secrets, Marseilles, Dogs Are Talking and Shadowboxer to name a few, they are revered for their live shows.

The Angels’ John Brewster says audiences on the tour can expect a great night of rock ‘n’ roll.  “There will be two bands who are playing some old and new songs and putting on a great show,” he says.  “That is what we are both there to do and that is what we will do!”

MI-SEX provided a soundtrack to the early 1980s with their hit Computer Games.  When lead singer Steve Gilpin passed away in 1992, MI-SEX took an indefinite hiatus.  However, you can’t keep good music quiet and when Steve Balbi[Noiseworks] stepped up to the plate for the Christchurch Quake Relief Concert, the band noticed something special happening.  It reignited their passion for live performance and set in motion a burst of creativity which will see the band head into the studio to record their forthcoming 2016 release of all new material.

For The Angels, when it came to hitting the road for their next tour in 2016, it made sense to take some friends out on the road and MI-SEX were a natural choice.  “MI-SEX and The Angels have a long history,” says John.  “We were both signed to CBS in the 1980s  —  they were friends of The Angels and we were fans of MI-SEX.  We know they have got together again and are playing great.  We played a show with them in WA recently and thought they were sounding really good!  Steve [Balbi] suits the band as a singer.  Like us they are back out on the road again doing their repertoire and new songs.”

* Over 18’s only unless advertised otherwise. * Photo ID is essential,­ acceptable ID is a current and valid Australian Photo Drivers Licence or Passport. Please check with the venue for any other acceptable forms of photo ID * All children under 18 not permitted including small children and babies * Intoxicated persons will not be admitted * No thongs or steel cap boots * The venue reserves the right to refuse admission to any person * Dangerous behaviour including Crowd Surfing, Stage Diving, Moshing and Violent Dancing is not allowed and will result in your immediate removal from this venue.*Inappropriate behaviour at this venue will lead to your banning.*