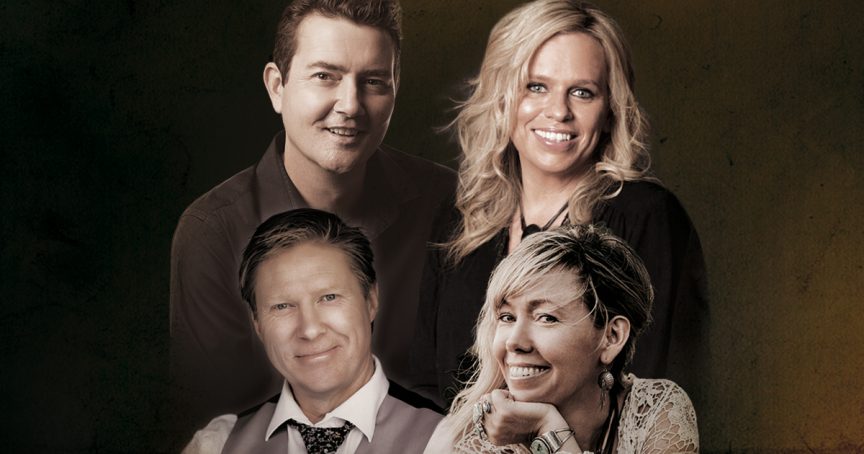 Individually, these are four of the most recognisable names in the Australian entertainment world. Golden Guitars, Gold records, chart topping albums and countless number one singles between them…and this merely scratches the surface of their combined achievements!

Why are we seeing them join forces? It just so happens that 2019 marks the 20th Anniversary of these four talented and highly decorated artists forming a tour called The YOUNG STARS OF COUNTRY. The tour’s name was the brainchild of the booking agent they shared at the time and the truth is, the title was despised by the group! These young and feisty newcomers fought to have their own names splashed across the lightboxes and chalkboards of the venues they played for fear of not being remembered – they needn’t have worried! Favoured tour name or not, DARREN, BECCY, FELICITY and ADAM were not to know that this was the beginning of a musical bond and personal friendship that was to last for two decades.

You can expect some very special moments on this show, many laughs and even a few tears but there is no doubting that there will be some breathtaking musical moments. When four artists come together after 20 years of love and respect for each other, the crowd is in for a once in a lifetime treat.